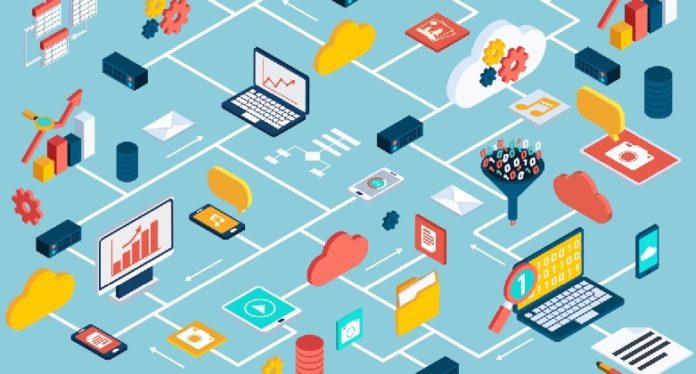 If so, you might have noticed an interesting trend in the requirement listings. More companies are turning to marketers who are not just conversant with digital tools, but specifically Big Data—people who can drink from the fire hose of information to pin down actionable results of customer-facing decisions, but also tease out competitive advantages through a better understanding of targeted segments. In other words, they are looking for data scientists

It’s no secret that data science is having a moment. The Harvard Business Review called it “the sexiest job of the 21st century.” Wired suggests data science is a more lucrative career track than medicine. And heavyweight industry analysts Gartner and McKinsey put out research reports within a year of one another that project a shortfall of between 100,000 and 190,000 data science jobs by the end of the decade.

Our tech-based economy, so dependent on digital information, has profoundly reshaped the American workforce over the last quarter century. As with so many employment sectors, that transformation crept into marketing. By all accounts, the demand for marketers who can run a regression analysis is outpacing the need for brand analysts by a very wide margin.

The step counters, the search trackers, the location scouts, the social network mappers, the electronic personal assistant, the assortment of gadgets that hoard the output of our existence and file it away for careful consideration by pattern-seeking mercenaries skilled at crunching that volume of knowledge—that’s where the jobs are.

If the demand for data science is as real as experts are saying it is, how much can be learned by established professionals looking to boost their prospects throughout the back half of their careers?

“It is a very active market,” says Linda Burtch, managing director of executive placement firm Burtch Works. “We found there are a lot of companies that are just now jumping in,” despite data science having been hot for at least the last five years.

Burtch says her company is currently looking to fill approximately 120 analytics positions. The successful applicants to those positions can generally expect to earn a base salary between $97,000 and $152,000, unless they are managerial roles, in which case that salary ceiling rises to about $240,000. Although some of those openings are just rejiggered job descriptions for extant payroll slots, the majority are for newly created positions.

The positions may be new, but the discipline isn’t, as evidenced by the people filling the ranks.

In some respects, data science roles have been there all along. Burtch says the trend toward corporate data science needs mimics an industry paradigm shift she saw early in her career when the economic landscape began trending away from manufacturing and started going digital.

When she started recruiting in the mid-1980s, Burtch was operations-oriented, focused on optimizing operations, transportation and pricing. Then, marketing and finance began to come to her with needs for analytics professionals as well. “With all the data that [became] available, you could really understand behavioral analytics much better,” she says.

During that time, statisticians who traditionally would have gone into quality control, operations support or biostatistics found they had new options on the business side of things in marketing finance, Burtch says.

Mike Dickenson, CEO of Ironbridge Software, a boutique business intelligence solution for CPG and retail, lived that evolution. Much of Dickenson’s professional life has involved data mining. Some of his duties may have changed, but he’s still doing a lot of the same work he was doing in the 1970s. A graduate of Cambridge with degrees in engineering and computer science, he originally worked on large mainframe computers. Later, he worked at an outfit that produced econometric models of computers.

Having gained that expertise, Dickenson and a few partners opened up a new business that took what they knew about econometric modeling and put it on a PC—cutting edge technology at the time.

“We raised some venture capital and got the business going,” Dickenson says. “By a lucky event, we sold what we had done to what was then the AC Nielsen Company. That’s when I got into Big Data and became a data scientist.”

Interestingly, Dickenson says it’s only been in the past few years that he’s considered himself a data scientist. Over the years, he’s been called a programmer, a systems analyst, a consultant and—to his detriment—a statistician.

“The industry gets a little bit leery of statisticians,” he says. A few years ago, Ironbridge wrote an algorithm for predicting sales using regression, looking back at years of sales data and projecting a future result. “We could not get the company or client interested in adopting this because the people out there in the field did not want to trust their bonuses and their commissions to some geek writing this algorithm.”

Now that data science is all the rage, Dickenson finds it a lot easier to sell his insights.

“Big Data has a name. It’s got this aura that there’s some sort of magic in it that you’re going to find things going on in your business—problems to solve or opportunities that you didn’t even know existed,” he says.

There’s one big caveat to the position cited by Burtch and what Dickenson does: They are for traditional, narrowly focused data science tracks. They are heavy on STEM and light on marketing. As Burtch Works defines it, data science is a subset of the larger analytics discipline.

“Data science is not trivial. It’s really hard stuff,” Burtch says. “Data scientists are working with substantial amounts of data, and understanding the computer science behind all of that is important. It’s hard to achieve that proficiency even with a technical master’s degree, and it’s certainly not something somebody can pick up from a non-quantitative bachelor’s program and a few coding classes. That doesn’t really work.”

What are marketers to do? Maybe the real story isn’t the shortage of pure STEM-certified data scientists, but the emergence of a softer skill set for people who are comfortable working with specific fields of data. Google has certainly made it easier. In addition to being the principle driver of our data-drenched world, it has released tools that allow untrained data managers to drill down into their organization’s customer analytics.

“There are different elements of the job of a data scientist,” says Dr. John H. Johnson, an econometrician, head of the consulting firm Edgeworth Economics and the author of Everydata: The Misinformation Hidden in the Little Data You Consume Each Day.

One element of the data science job is the ability to use computing power to acquire the data, he says. This includes educated choices about different software languages and hardware just to handle the volume of data. Then sense has to be made of the data. How a scientist applies statistical tools, economic tools and different disciplines is another facet. As Johnson outlines in his book, there are several misconceptions about data that will throw untrained researchers for a loop, with potentially disastrous results.

Data doesn’t come in a neat little package, ready to answer the questions marketers care about. “There are many times where the underlying data that is the basis for what people have calculated is actually wrong,” he says. “If you make a mistake with the underlying data, that could be a big problem.”

Three years ago, Google bought Nest Labs, a publicly traded IoT thermostat and smoke detector manufacturer. Wall Street wizards saw an opportunity to cash in on the impecunious stock poised to be gilded by Google. Except there was a problem. The symbol that traders latched on to, NEST, actually belongs to Nestor Inc., a bankrupt security systems company.

“People automatically assume that just because something is based on [data], that it’s more rigorous and it’s more careful. If the number is wrong then it’s really not that helpful,” Johnson says. “The premium on being able to understand what data you have, to understand what types of questions can be answered with it, and to make smart decisions is really, really high.”

However, there are places where pure data science functions can fall short of what’s required to boost success in the marketplace. This is where marketers thrive.

Burtch says business acumen is the main asset desired in marketing data scientists, after technical skill. “It’s so critical because a lot of quantitative candidates get so wrapped up in the elegance of the analytics that they forget that they’re answering business problems.”

Dickenson echoes Burtch sentiment. His decades of experience in CPG and retail have left him with an intuition for business problems not readily discerned by unit numbers.

“As a data scientist, you have to know your industry. I know statistics, and I know how to produce nice charts. I could move over and work on Wall Street, but I wouldn’t know the real tricks in the industry,” he says.

What, then, does a marketer-turned-data scientist look like? Ask Charlotte Bourne, a data science manager at Cardinal Path, a marketing analytics agency that’s part of the Dentsu Aegis Network.

Although much of her experience was forged on the job, she is positively academic compared to others on her team.

“A lot of my background was informed by digital marketing and why digital marketers need data scientists,” Bourne says. “We also have people on our team who took less academic paths and got more hands-on experience with some of the free courses that are out there.”

Bourne and her team routinely use their expertise to conduct forecast and attribution surveys for their clients. They are sharing their expertise with other marketers as well, hosting websites with follow-up blog posts that became the largest entries on the Cardinal Path website.

The trail they are blazing captures the essence of the new marketing career field. Data is too profuse to remain an entirely specialized, STEM-based profession, but too technical to be outsourced completely to laypeople. Instead, hybrid positions are emerging at the intersection of computer science and business analysis. With a pronounced need for data-driven insights and an unmatched knowledge of where the business needs to go, it’s up to marketers to forge the middle group.

“If you can build up some basic intuition and logic about how to work with data,” Johnson says, “you know there are all sorts of people who are essentially citizen data scientists.”