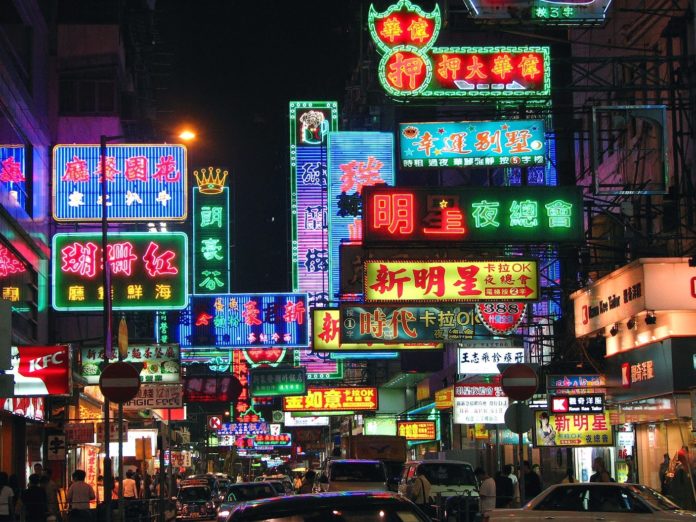 I’ve spent considerable time speaking at conferences, conducting seminars, working with agencies and clients and teaching at various schools, colleges and universities in China. In almost every case, the assignment was to help Chinese marketers and advertisers get up to speed on what was being done in the West—how we planned, developed and executed advertising, brand and marketing communications programs.

The people I worked with were eager to learn. They asked challenging questions, were enthusiastic and willing to try new things, even though the Western processes and approaches often made relatively little sense to them given their background, culture and available systems. Some questioned why marketing and advertising was conducted the way it was, but they accepted what the West was doing as the “coin of the realm.”

The managers I worked with were always in a hurry. They were anxious to see results and returns from their marketing and advertising programs. Based on their copying of Western principles, sometimes they succeeded, sometimes they failed. They never gave up.

I have followed the development of Chinese marketing, advertising and communication closely over the years since. Yet, during a visit last December, I found a noticeable change.

No longer do Chinese managers ask about Western best practices, procedure or developments. They have less and less interest in Western concepts or even examples of whom they should emulate.

Today their comments and discussions are more about describing how and in what ways they believe their marketplaces will develop and how they are planning to respond. Their focus is all about how they plan to advance marketing, advertising and communication following a Chinese model or a Chinese “pathway”—an approach based on interactivity, networks, platforms and other technologies they are developing, not on the historical ways the West has developed them. In short, no more borrowing from somewhere else.

Former students are becoming the new global advertising and marketing teachers. That’s a radical change from only a few years ago when I conducted the first marketing course in the Tsinghua Executive Management Business Administration (EMBA) program. Then, I was trying to explain the 4Ps, Hierarchy of Effects, segmentation and basic product positioning to groups of 40- to 50-year-old managers who were running as fast as they could to catch up to the 20th century marketplace. Their goal was to offset—or at least understand—the tools and approaches being used by Western companies to enter and establish footholds in the Chinese market.

Today, that all seems to be behind them. Those who greeted Western marketers at the turn of the century have been replaced by younger marketers whose educational backgrounds are from major MBA, communication and engineering schools around the world. They are setting the agendas for today’s marketing and communication development based on what they are currently developing for the global marketplace.

Here are some of the headlines I took away from two weeks of conferences and seminars with Chinese companies:

1. There are far fewer operating managers in their 40s and 50s in China.

Most are in their 20s, and a growing number are women. There clearly has been a changing of the guard in terms of who is driving marketing and advertising in China. It doesn’t seem to be based on diversity mandates, but on skills and capabilities.

2. Technology is the key.

It’s driving everything from mobile to media planning to measurement. The Chinese are not just exploring and exploiting the edges of technology to develop new processes and systems, they’ve already found them. Using those findings, they’re expanding and exploding many of the marketing and advertising concepts that have been sacrosanct in the West for years.

It just takes too long to develop. If a network or process or system works, use it because those same concepts teach that another wave with more sophistication will soon follow. That’s why speed is so important in China. Get your program up and running before you’re made obsolete.

4. Everything is global, or at least perceived to be global.

When you have a market of 1.3 billion people, you think in large numbers. Mind-boggling numbers of customers gathered, served and satisfied in minutes and hours, not months or years. Other than regulation, borders mean nothing. When your focus is on digital, the internet and mobile, you think in terms of markets, not national boundaries.

5. Scale is critical, but it comes with the territory when you are in a digital/interactive marketplace.

Ramping up takes hours and days, not weeks or months. Traditional marketing is simply too slow for the Chinese today.

Everything is a new horizon. The Chinese, because they have limited background and experience in traditional marketing, have few embedded systems and marketing traditions to break down, replace or accommodate. Thus, they move in many different directions at once. There is no marketing or communication history, so the common Western management dictum, “That’s not the way we do it here,” simply doesn’t exist. Most marketing and advertising is a green field, just waiting to be explored and expanded.

7. There is a lot of money to be made and lost.

The Chinese don’t plod into a market. They gallop. Sometimes they are wrong, but when they are right, they are hugely right. The stakes are high, but the rewards seem to be worth it.

8. No longer do Chinese follow the doings in Cincinnati or Bentonville or even Madison Avenue.

They consider the advertising and marketing developed or done in Shenzhen, Guangzhou, Hangzhou, Beijing and other Chinese cities to be “au courante.”

9. There seems to be an incubator or startup on every corner.

Some will make it. Most won’t, but all will likely disrupt traditional models to the chagrin of Western marketers.

Before you start to think that I have just been dazzled by a batch of new technologies and am waxing eloquently on them, I’ll remind you of a prediction I made somewhat like this about five years ago. I wrote and presented a think piece paper for the 2012 Beijing Forum titled “The Marketing and Communications Implications of Social Media: A New Digital Silk Road?”

In that paper, I argued that what was developing along the China-Western Europe axis was similar to what had occurred almost two centuries before. Then, it was silk and weaving and porcelain and gunpowder that were being developed in China and then shipped over land to Europe, disrupting markets all along the way. Today, it is systems thinking and network development, artificial intelligence and sophisticated marketing and communication algorithms that are flowing out of China and into the rest of the world. And they’re changing everything they touch along the way.

Yes, the students have now become smarter than their teachers. Let’s just hope we can accept that change and learn from them.

The article originally appeared on www.ama.org