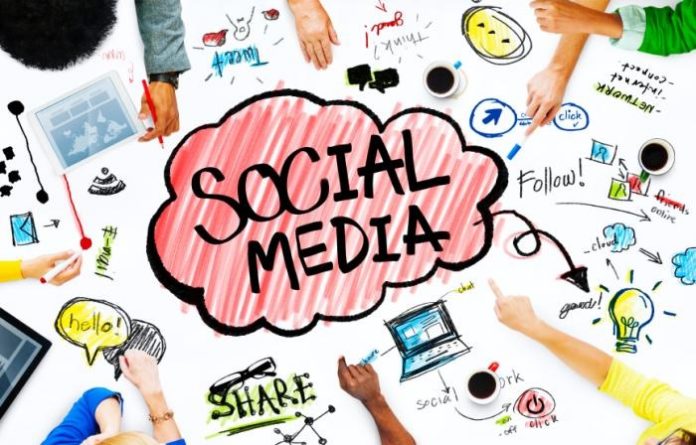 Let’s travel back to a simpler time, shall we? It’s November 6, 2007, and Facebook has just launched something called Pages. Now, companies can have an official presence on the network, just like real people! The first day, 100,000 Pages launch, with brands from Coca-Cola to Verizon to Blockbuster getting onboard. In the years afterward, millions of companies raced to build up audiences they can reach directly and on-demand, through the sheer magic of social media.

Fast-forward to the waning months of 2016, and the magic is a little harder to feel. Certain corners of the social world have become uglier places, with some in the business world calling for a draw-down. But the pitfalls of political partisanship weren’t the only things companies struggled to circumnavigate last year. From a more practical standpoint, it turned out that just having an audience on social media doesn’t mean you actually get to reach it.

And as we head into 2017, the fact that social media is paying ever fewer dividends to many brands and their marketers is becoming more apparent. So what comes next?

How we got here

Starting in 2012, Facebook began to curtail the percentage of a Page’s followers that actually see a brand’s updates. At first, it was cut to around 16 percent. Later, it was reported that large brands who post to Facebook were reaching as few as two percent of their audience, or just one in every 50 of their own followers. After the latest tweaks last summer, the average reach for some branded posts has been cut again by half.

This isn’t part of some grand conspiracy. More content than ever is being shared—photos, GIFs, videos, and more—and the space in our news feeds is at a premium. So Facebook prioritizes, using its own algorithms to auto-select what we see. Content from friends and family members takes precedence, meaning that company updates, more often than not, don’t make the cut.

Facebook is hardly alone in elbowing companies to the social margins. Users of Instagram, which the social network owns, now have their feeds curated by algorithm, with the order optimized based on “relationship with the person posting.” Even Twitter, long celebrated as the place to see real-time, streaming updates in the raw, is increasingly algorithm-driven, with the “best Tweets” auto-selected to appear at the tops of users’ feeds.

To lovers of the free-wheeling early stages of social media—where the only limit to a company’s reach was creativity and cat-GIF curation—these changes add up to nothing short of an obituary. The days of being able to engage with users for free on social media through so-called “organic posts” are undeniably numbered.

This is hardly a secret or a news scoop. We’ve known it for years, in fact. But many of us have been in a state of denial. It’s time to come to grips with the hard truth that 2017 presents us with: social media as we know it may not be dead, but it’s surely dying. This doesn’t mean businesses should give up the ghost, though. In fact, it’s just the opposite.

Social media is more pervasive than ever and poised for a unique metamorphosis. It’s about to be reborn over the course of this year as a hyperfocused business tool—more targeted, simpler to use, and possibly more effective than before.

If that sounds Pollyanna-ish, think again. A curious thing has happened as companies’ ability to reach users organically on social media has tanked: the power of social media to influence buying decisions has surged. In one of the most comprehensive studies to date, McKinsey recently surveyed 20,000 consumers in Europe and found that social recommendations are behind more than a quarter of all purchases made. This is well above the 10 to 15 percent that’s been estimated in earlier research. And in the majority of cases, the McKinsey report found, these social updates had a direct impact on buying decisions.

For companies, this presents a thorny challenge. Social media has never been more influential, but getting updates in front of users has never been more challenging. To shun Facebook and other networks altogether is to ignore the more than 2 billion users around the globe who rely on social media for news and updates. But to embrace them requires jumping over ever-higher hurdles in the hopes of connecting with customers.

But there are some viable solutions. Not surprisingly, paying for social media ads is a big part of the equation—just as Facebook, for one, has intended. There’s more to the story than bowing to the social network’s business model, though. Some of the most innovative companies are increasingly taking a three-pronged approach—blending paid social media ads with strategies that tap customers and even their own employees to spread content further and more effectively than before.

In a new report, Gartner’s industry analysts are unusually blunt: “Sustained success in social marketing now requires paid advertising.” And they’re right. It’s absolutely true that, like it or not, pay-to-play is becoming the foundation of effective social strategies, with more than 80 percent of companies reportedly planning to deploy a social ad campaign in the next year.

All the major social platforms now have their own “native ads”—promoted posts and updates designed to look just like the real things, distinguished (sometimes barely) by tiny disclaimers. The good news is that once you get over the initial sticker shock of ponying up for Tweets and Facebook posts, paid social media actually presents some clear advantages for businesses.

After all, the social platforms that are pressuring companies to pay for reach still want to keep them happy in exchange. So instead of blasting out updates, brands can now target both followers and non-followers with a high degree of accuracy. Yes, you have to pay for that, but the data captured by networks now lets companies zero in, not just on specific demographic groups, but on “lookalike audiences,” similar to those of competitors. Ads can then be optimized depending on a campaign’s goals—from views to click-throughs and more—and budgets can be allocated more exactingly.

To be sure, aspects of these new capabilities have already proved to be potential ethical minefields. Facebook has come under fire in recent months after revelations that it allowed some advertisers to exclude certain ethnic groups. The company responded with some changes to its approach, but it’s highly likely that as precision improves, the line between effective ad targeting and naked discrimination will continue to be debated—as well it should.

But that’s a challenge that the most innovative marketers and inclusive brands can rise to, as many have done in the past when faced with thorny social issues impacted by technology. And to help, they’ll have more data than ever to guide their choices, because the return on this social investment can finally be tracked and quantified. Paid social media analytics tools (my company offers one of them) can give a real-time window into results, with instant feedback on the cost per view, click, and other metrics. While the work of creating and bidding on these ads has put off some users in the past, a host of online platforms can now simplify the process of deploying paid campaigns. Put simply, advertising on social media is effective, scaleable, and increasingly DIY.

Unleash the social media army on your payroll

Paid ads offer a surefire way to reach a desired audience on social media—for a price. But there’s another critical and generally overlooked route to getting the message out that comes with no extra cost: your own employees.

Employee advocacy—inviting coworkers to share brand messages on their own social media accounts—can have a range of benefits. For starters, you expand your reach, often exponentially in the case of large companies. Plus, because messages are being shared from personal accounts (rather than the company’s), they generally reach a higher percentage of followers. Not to mention that content shared by employees reportedly gets eight times more engagement, on average, than content shared by brand channels—and is re-shared 25 times more frequently.

But there’s a right way and a wrong way to encourage employee sharing. It should never be obligatory, for starters. Employees have to actually want to share company news, and it needs to be relevant to their own followings.

And the process of sharing has to be dead simple. Asking employees via email or Slack to post something on social media, for instance, is a clumsy workaround and rarely sees results. As an alternative, we here at Hootsuite developed a “one-click” option where companies can send pre-approved updates via mobile app to employees, who then just tap to send.

“User-generated content” has been a buzzword for a while now, but it’s worth understanding why it still makes so much sense on social media. On one level, it taps into users’ basic impulse—the one at the heart of social media’s appeal in the first place—to create and engage, rather than sit on the sidelines passively.

For companies, it’s a way to build ties with customers while leaning on users for crowdsourced inspiration and creativity at the same time. Plus, encouraging your own customers to create and share branded content represents a sort of end-run around algorithms that limit the reach of posts from corporate accounts.

But how do you incentivize users to generate all this clickable content? Well, an old-fashioned contest never hurts. Close to home, for example, we recently challenged our followers to post photos from unique office settings as part of our #IWorkFromHere campaign, to highlight how the Hootsuite app lets businesses manage social media on the go. More than 1,400 people shared entries—from locales as exotic as the Andes Mountains and the cockpit of a helicopter—for a chance to win roundtrip flights anywhere in the world. The result: 2.2 million people a day saw these posts, which translated to more than 2,000 new mobile users.

Online tools now make it easy to plan and deploy contests to create user-generated content, though some common sense is always advisable. (Among many cautionary tales is #McDstories, a memorable 2012 effort from the fast-food giant that saw users flood the Twitterverse with… well, not exactly the kind of content the company had hoped for.) Asking for user-generated content always entails some risk, but it also lends a crucial layer of authenticity and excitement that’s often missing from branded efforts.

The “reachpocalypse” is upon us. But for businesses, the decline of organic social media reach needn’t be a doomsday scenario—quite the contrary. The new social media order that’s taking shape in 2017 promises companies the kind of precision and measurable results long expected from traditional channels like print and broadcast. Social media had a rough year in 2016, but things are looking up.