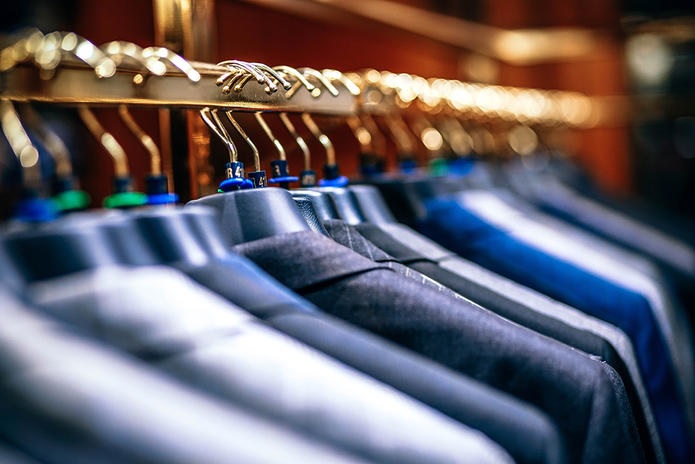 It is a system in which a supplier deals to only approve distributors who meet specified minimum criteria, and the distributors themselves agree to deal only those within the approved network.

Companies operating in field of luxury and fashion, adopts the selective distribution system. For them it is one of the key factors in the process of evaluation.  It allows the trademark owner to protect the prestige and renown of its brand and to guarantee the quality of the products to be different from other. It starts from the time of the product ideation to its delivery to the final user.

Therefore, Selective distribution systems not only justifies the interests of the trademark owner but also the interest of the consumer. For trade owners, it strengthens brand awareness and to preserve around its own products .It helps consumers to distinguish them from similar goods. For consumers, it guarantees a high level of quality of service, in line with the standard set by the manufacturer. 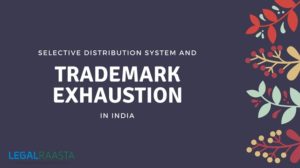 This topic intends to analyse the closely correlated concepts of trademark exhaustion and parallel imports. It’s an interesting research topic due to the growing importance of these concepts in the current world. Especially in the European Union. Although, the concepts are complicated due to their nature and involvement of different roles. The authors and researchers use comparative approach to concentrate on two world leaders in the field. It is done in order to discover the approach of the EU and USA to the concepts of trademark exhaustion. Other areas are: what are the benefits and weaknesses of these approaches, and analyse why these markets have arrived at certain conclusions.

What is this Doctrine of Exhaustion?

Doctrine of Exhaustion basically means once he has made a valid transaction of sale, an owner of a particular good ceases to have control over further sale of his goods. In other words, once the products have been transferred into market through a legal and valid transaction, a trademark owner have ceases to have control over further sale of its products. Therefore, this doctrine is otherwise called as the doctrine of first sale. There are different modes of exhaustion as well, which are recognized internationally.

Works on the assumption that the whole world is comprised of one market or one country and thus sale of goods in any part of such market or country operates as exhaustion of the trademark owner rights over such goods.

This term relates when goods bearing a trademark are first sold or with the consent of the owner in any Country, which is a part of any specific region, then the owner cannot prevent subsequent sale in his own Country or in any other Country which also is a part of that specific region. The European Union has adopted regional exhaustion.

It explains that when a product has been sold in the domestic market or with the consent of the owner for the first time and for that he has received a consideration. He/she then ceases to have control over any subsequent sale of the same in the domestic market. He/she cannot do the following:

The reason behind this principle is that the owner has already received a profit arising out of the first sale. Hence, owner cannot keep on deriving profit out of a sale that was not made by him.

Section 30(3) & (4) of the Trade Marks Act, 1999 deals with the issue related to trademark registration in India. The provision emphasises the trademark exhaustion for further sale of or dealing with goods in the market which have been lawfully acquired by a person. But in this provision, confusion always prevailed with regard to interpretation of the word “market”. Whether it incorporated international market within its scope or it restricts to domestic market only? Consequently, the question of legality of parallel imports in India was considered minutely by the court of law.

For example, in the landmark case of Kapil Wadhwa v. Samsung Electronics2013 (53) PTC 112 (Del.) (DB), the judgement of Hon’ble Delhi High Court elaborately deals with the above said questions of law. In whole case,  the Hon’ble Court had to struck a balance between the interests of both the parties by directing defendants to prominently display in their showrooms that for such products which have been parallelly imported the plaintiff company does not give any warranty qua the goods nor provide any after service.

Elite brand owners always prefer the selective distribution system. This system helps them to mitigate chances of IPR infringements and preservence of their market reputation. However, in the developing countries, a strict and watertight channel for flow of goods may not be appealing to many jurisdictions. The Indian position was to permit parallel imports when the international community debated in the Uruguay Discussions.

Communications from India at the Uruguay Round of the GATT (General Agreement on Tariffs and Trade) dated July 10, 1989 on “Standards and Principles Concerning the Availability, Scope & Use of Trade Related Intellectual Property Rights” clearly brings out that India favoured the Doctrine of Exhaustion of Rights linked to parallel imports.